In order to further convey and disseminate the allures of this Ishigaki Island while maintaining its precious environment, Loftwork Inc. carried out the "USIO Design Project" to redesign the island’s specialty products in collaboration with Ishigaki City Office.

Ishigaki Island is located 400km further south of the main island of Okinawa and 270km from Taiwan. Yaeyama Islands are a group of small islands, richly endowed with nature, where people "live within their means" with daily necessities within close reach. Although some agriculture and small-scale manufacturing exist, the core of the island’s economy is tourism.

Three themes as actions for “the next dimension” for Ishigaki City:

Instead of establishing a “secretariat” somewhere, “USIO Design Project” were set up in each of the Ishigaki, Tokyo and Taipei hubs, so that each of the teams has its own role and work organically to generate “a rip of currents” where different perspectives intersect.

Collaboration with FabCafe Taipei and Taiwan Design Center aimed at strengthening cultural exchange with Taiwan. In order to disseminate the USIO Project and the stories behind the ten selected products, the team Taipei approached creators in Taiwan through workshops and event, and by providing special menus at FabCafe Taipei. Local design communities in Taiwan also took a great deal of interest, so we asked them to widely spread the project using their design platforms and booklets. As a result of these efforts, about 20% of the entries during the call for designs were from Taiwan. 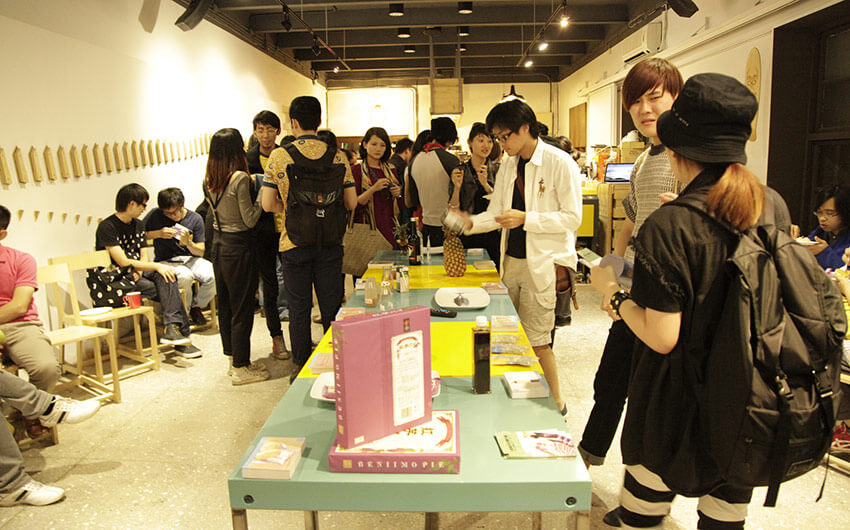 The products were selected through the process of “discovery” => “open call” => “screening” => “development.” After setting up the project teams including the team Taiwan, we started with an inspection tour to the site and simultaneously held a briefing on the project to call for potential products for redesign. As the briefing also appeared in local newspaper and others, it brought together nearly 50 products from local producers despite the short time period of the invitation. During the course of development, we tried asking a question “which shape do you prefer?” on the Facebook page. Because of the overwhelming comments stating that the box on the left is more typical of the houses in Ishigaki, the designer decided to make adjustments for creating a new structure.

A briefing session was held for business operators on the island. 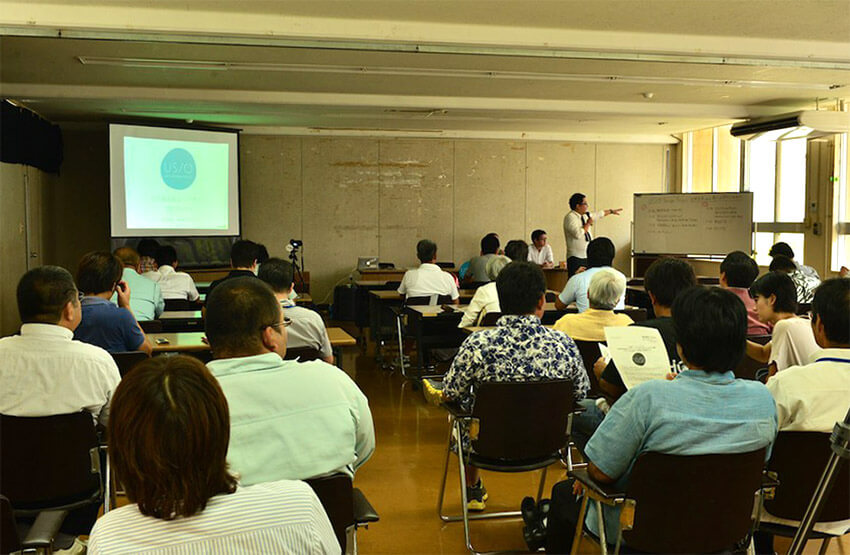 Ten items were selected as products to be redesigned in the USIO Design Project were displayed in Fabcafe to expand recognition.

USIO means “tides” in oceans. The project was also named because the episode about a “rip of currents” which is the line where two different tides collide and create rich fishing grounds, seemed to fit the image of a beautiful sea which is the symbol of the island. The name expresses our desire to produce a new abundance through the collision of “views from outside” and “products produced, people working and knowledge nurtured in the island” with focus placed on design.

What the USIO Design Project brought? “We have just started sales of the products and it is too soon to tell, but this time I felt anew a better-than-expected response to the “power of design.” What really impressed me was not simply the transformation of goods which became nicely sophisticated, attract people’s eyes and appear on various media, but the re-examination the roots of things and re-discovery of their charms through the deep insight of designers and perspective of experts, as well as the fact that such activities have brought wonders and joy that exceed our expectations.”

Beyond the Horizon of Rankings: Branding Okinawa University Through Empathy and Localized Storytelling