A New Type of Financing for the Coming Age

Loftwork was involved with all of the processes from service core hypothesis testing to release and designed the service alongside Altoa, Inc.

What we focused on was designing the service based on the feedback from potential customers.

The new concept of online microfinancing is a service that is spreading throughout the world, so rather than existing “customers,” we are using the expression “potential customers” who will be the future users.

Interviews from several perspectives of people in the target demography close to the potential customers were conducted to hear firsthand their opinions regarding their raising of funds and financing image. We were looking for their expectations, concerns, and requirements regarding microfinancing.

We designed the service concept based on the insights (customer psychology) we obtained. We proceeded with the design keeping in mind verification and evaluation based on a foundation of human-centered design (HCD).

Rather than conducting research to find innovative discoveries, we identified what should be considered in the limited time available and then worked toward the goal of visualizing the customer feedback based on fact.

The potential customers were identified and the source of their psychological barriers towards financing were investigated to design a service UX that would mitigate those concerns. The overall design of the financial products including system construction was done by ALTOA.

The designed UX was compiled into a concept book.

Around 10 different logo types were created and gradually the direction was confirmed and narrowed down keeping in mind the concept of the Yayoi logo to eventually decide on the logo type design. The finally selected logo embodies the idea of supporting business owners to increase their business (= going up toward the right).

The line going up toward the right in the logo is called the “Altoa Line” to give it a visual identity.

A site map was used to consider what kind of contents, videos, simulators, etc., are necessary to achieve “new registrations for the service,” which is the goal of the website.

To eliminate such concerns as “too little information makes me feel uneasy” and “no human touch makes me uneasy” so that users can conceptualize how they would use the service with a high degree of clarity, the design was created based on the three points of reality, reducing the number of pages and amount of text, and making it clear and easy to understand.

In particular we focused on creating the contents in story form to show how Altoa is used so that users can visualize “When would I use this?” This was done based on the hints about “I might use it in this case” gleaned from the feedback of various business owners.

A message from President Okamura including this service is introduced and a simplified version of the owner examination were created as website contents. The objective was to create a mechanism for garnering the interest of many people.

How to Use the Service video 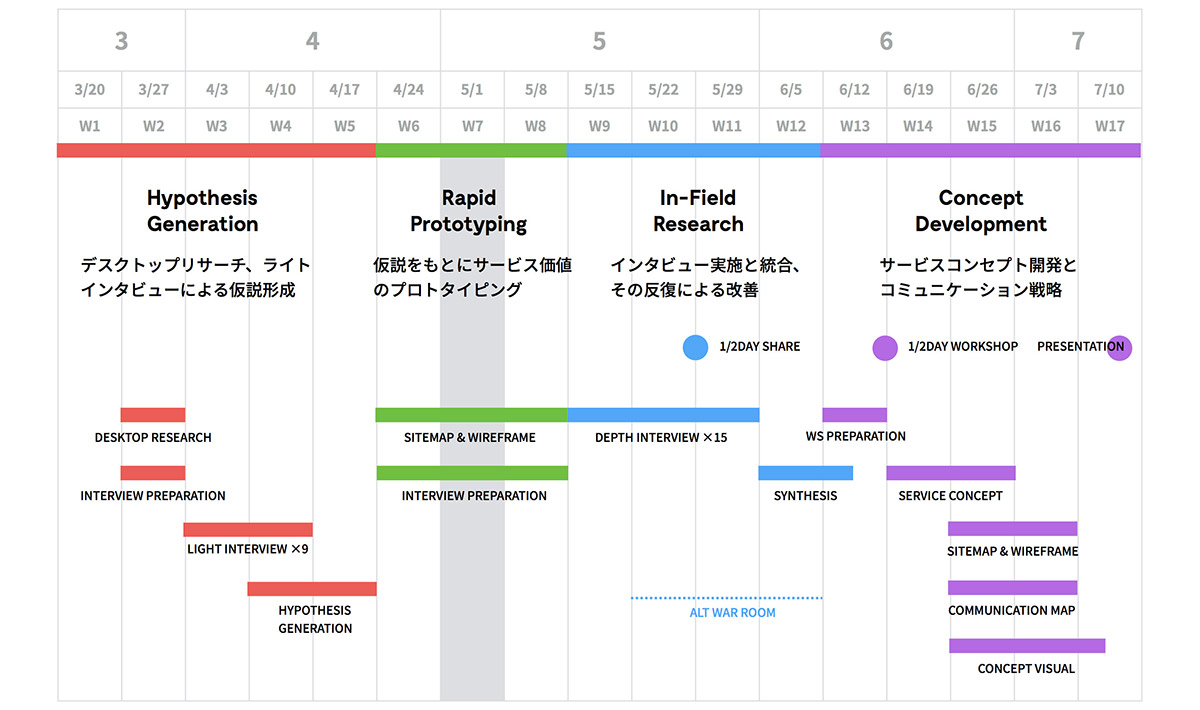 One issue that arose when finalizing the service policy was whether there is “a need for microfinancing?” To whom and for what needs should the service be promoted? Research and integration was done based on desktop research and light interviews to determine on which target demography to focus.

Prototypes of the service value, wireframe, and catch copying were created from the extracted hypothesis. In-depth interviews that divided the questions into the first and second halves were held with the second half being questions about the three prototyped outputs. 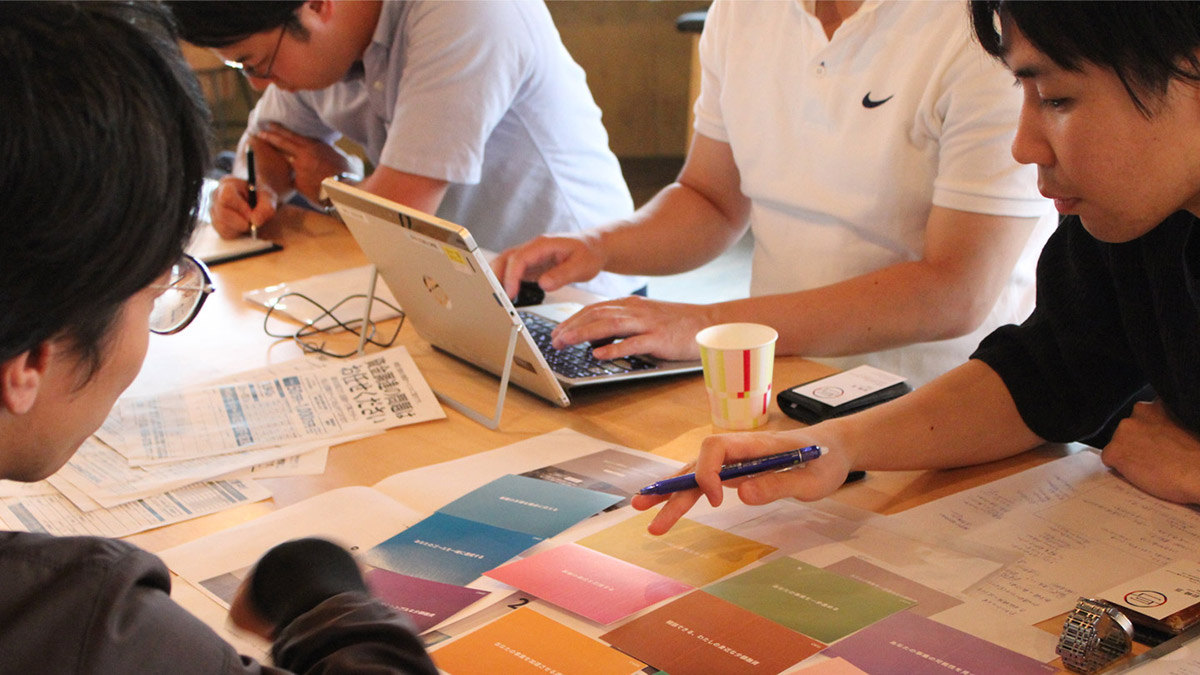 An insight map was created for each interviewee using their statements obtained from the in-depth interview regarding their thinking and concerns, etc., accompanying the process of conducting business. Their reasons for being in that psychological state were analyzed. The findings from each interviewee were then integrated and the facts for the interviewees overall were organized. 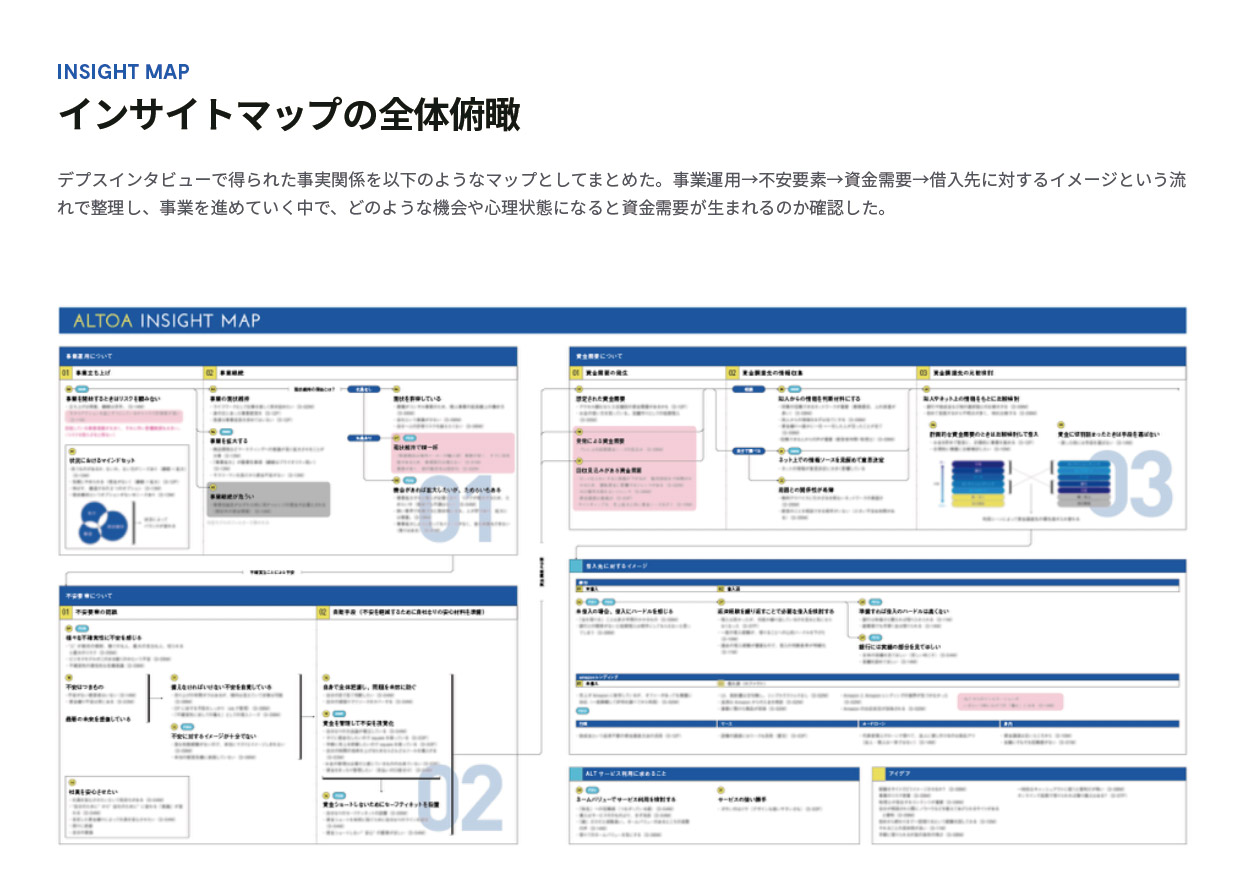 All of the team members thought about the concept core ideas. Working Backwards, which is used for Amazon product development, was used to imagine “What message will be promoted during the press release for this service,” and based on this we considered the catch copy, basic functions, and characteristics. We then announced the ideas and voted on them. The concept core was determined while carefully examining this information. 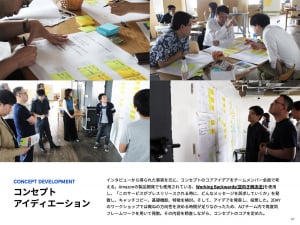 The story, catch copy, characteristics, and keywords were finalized from the set core concept.

To communicate the finalized concept to the target, we defined the site map for the website and the wireframe design concept. This was also organized as a communication policy covering the range from post-release recognition to usage.

“Looking back on is, it was a project with many challenges. Of all the challenges, I think the main point was putting it into words. We concentrated on cycling through the process of turning the facts we learned from the business owners into words and then verifying and developing them in a short time. What words would communicate the idea? We discussed this within the team to work out any differences in perspective and then tested the output with the business owners to get their opinions. This was particularly important because this is a new area that people in Japan are not used to. I was very happy to assist through to the service launch using this process. The service is just beginning and I’m already thinking about the next issues and the measures to deal with them. I want to aim for an even better UX in order to support the owners operating small businesses.
”

“I was honored to have been assigned to oversee all the phases from hypothesis formation to website creation. Being able to interview a variety of business owners allowed me to learn about the actual thoughts and feelings of the potential users. For this reason I think we were able to create a service that the potential customers will want to use. In addition, although the service has been released, I am considering ways to get many people to know about the service and I think we’ll have to figure out how to do this as we go along. To do this I want to once again envision the user experience from the various touch points to study and try which approaches should be used to communicate with the users and then use the verification results to gradually brush up the communication method and service contents. 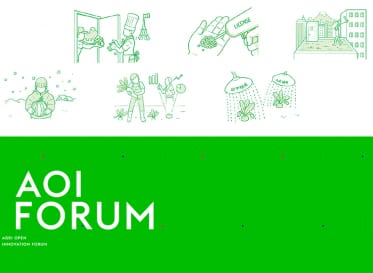 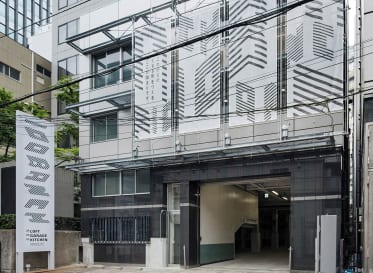 "100BANCH" A Base for New Value Creation