Just how can Japan’s Financial Services Agency get the nation’s notoriously frugal millennials to step into the world of personal investments and asset accumulation? As Loftwork found out via a design research approach, backtracking to the source of the problem is the key.

From savings to asset accumulation – it’s a slogan that Japan’s Financial Services Agency (FSA) has been rigorously pushing and the one concept young adults in Japan can’t get away from fast enough. For a generation that came of age against stagnant economic growth, frugality is the rule of thumb, along with an entrenched culture of saving, not investing. It’s no wonder, then, that Japanese millennials have been largely unreceptive to FSA’s policies to encourage personal asset accumulation, including the introduction of the NISA (Nippon Individual Savings Account) in 2014, a non-taxable, fixed-term program for young people to make small-scale investments, modeled after the UK’s ISA system.

To change Japanese millennials’ investment behavior, Loftwork was commissioned by the FSA to produce videos and education materials. Breaking away from the FSA’s past efforts, Loftwork utilized a design research method to identify the key factors and barriers many young people are up against today. Loftwork was then able to zero in on primary areas of concern, producing resources that were both practical and relevant to young adults.

In order to effectively reach the target audience for the final videos, Loftwork conducted research into young people’s relationship with money, as well as how to get them to care about asset accumulation. Here, the design research approach flourishes, aiming to find new discoveries to create products or services that are different from those in the past. In an increasingly complex society with diverse needs, achieving empathy with users through a mix of interviews, participant observation and prototyping can be more effective at engendering change than developing hypotheses based on quantitative information, like in market research.

36 people aged between 20 to 34 years old were interviewed, with participants from a range of professions and living environments, in both Tokyo and London, the home of the ISA – on which the NISA is based. Questions included: “What do you want to do in your life and how much money is needed for your goals?”; “How do you want to make, spend and increase your wealth?”; and “Who do you talk to about money?”

Through the research, three major barriers to asset accumulation for young people were found: language, preconceptions and information overload.

For many participants, stepping into the world of personal finance seemed like something reserved for people who understand finance jargon. Even the term ‘asset accumulation’ itself was enough to ward off interest; as one 27 year-old Tokyo interviewee noted, “I’ve never even uttered those words out loud in my life.” This language barrier was coupled by millennials’ negative perceptions of investment, being a generation that is much more financially conservative – aspiring to just “work hard and save”, rather than diving into something much more impractical in their eyes. Moreover, even when young people were interested, the third barrier caused them to give up altogether; with so much to read through, it proved to be “simply too bothersome”, as another 28 year-old interviewee said.

Interviewing in two different countries also allowed Loftwork to compare attitudes towards money and examine anxieties specific to Japanese participants. Underpinned by cultural differences and different economic environments, researchers found that Japanese millennials were not only more vague about the extent to which external societal factors could affect their finances, they lacked a clear ‘blueprint’ for their future.

In order to break through these barriers, Loftwork approached the latter part of the project with the aim to explain the concept of asset accumulation. Three different versions of the promotional video were produced – motivation, knowledge and system – under the overarching theme of ‘being the manager of your own life’, with the aim to inspire young people into taking control of their assets.

The knowledge version of the video uses animations to explain the NISA system in an easy-to-understand manner, while the motivation version is stylized as an interview with someone of the same generation, to prompt viewers into thinking, “Me, too”. The interview questions in the video were based directly on the findings from the design research process.

These videos were produced on the premise that they could be used in a variety of settings – such as the workplace, seminars for investment education by the NISA or by DC/iDeCo (which is a corporate program), as well as seminars for financial planners inside and outside the workplace.

Drawing the blueprint to life’s journey

As the findings from the design research indicated, it was clear many Japanese millennials
lacked a clear ‘blueprint’ for their future. On top of the three promotional videos for FSA, Loftwork produced additional resources to promote awareness of the NISA and general financial management. Collaborating with ONE MEDIA, another video for social media was produced, targeting young people on the Internet. Rather than going with a traditional policy announcement ad style, the video acted as a fun and simple explainer, asking questions like “Is it really okay just to know how to save money?”

A physical booklet was also made for the lecturers conducting seminars on investment education. ‘Playbook’ is filled with an array of handy tips on everything from establishing rapport with the audience, to activities that shift the audience’s perspective from merely interested to wanting to put it into practice. 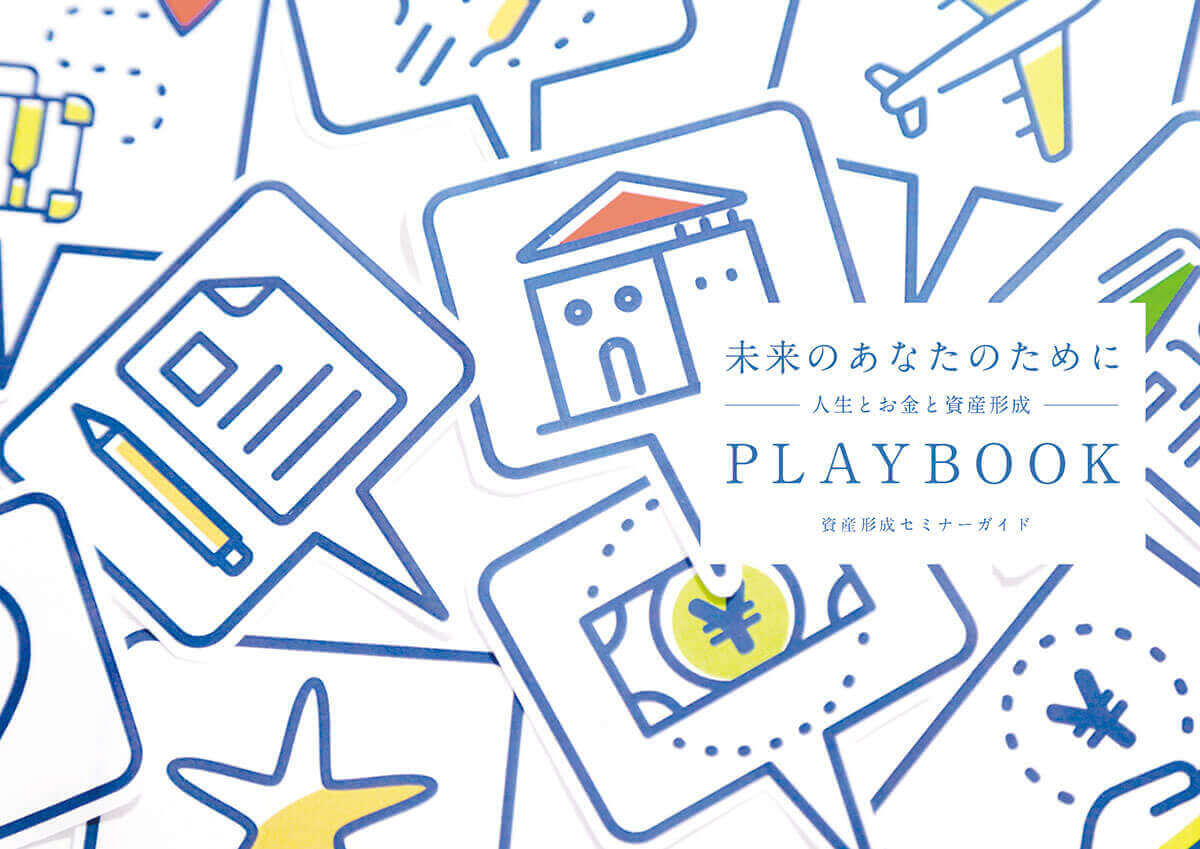 To help further inspire young people into mapping out their own life journey, Loftwork also hosted the event ‘Think Life Journey’ at Loftwork and Panasonic’s Shibuya incubator 100BANCH. A panel of economists, creators and entrepreneurs were invited to discuss the ways in which to combine aspirations with assets, and how assets can be successfully made, complemented by workshops centered around achieving life goals.

Loftwork is a creative company dedicated to making a positive impact through design with a global community of innovators. Aside from providing innovative design solutions to global clients across various industries, Loftwork also operates a number of owned services and platforms. Learn more.